Why would we care about taking something that is generally thought of as ugly and describing it in a beautiful way?

This is what I asked myself when I finished doing this writing exercise from Rebecca Mcclanahan’s book Word Painting. Sure, it’s a good way to get your writer’s brain to work a bit harder. But would I really be able to use this when writing a story? If something is ugly, I’m going to describe it as ugly. What’s the point of being able to make a pile of trash seem as appealing as a rose garden?

The answer to this question lies in perception. Just because you perceive something to be unattractive doesn’t mean that another person might find it appealing. Being able to see something differently then the way you initially respond to it comes in handy when you’re a writer.

Maybe you can’t stand the busyness of big cities, but the protagonist in your book finds them thrilling. Maybe you love flying, but you protagonist is afraid of heights and is deathly afraid of getting on an airplane.

Taking something that is thought of as ugly and describing it in a way that makes it beautiful didn’t seem like a useful skill to me until I realized that I did it all the time. Every time I step into a character and see through their eyes, I’m changing my perception. I might not find a beetle to be attractive, but to a character whose hobby bug collecting, a beetle might look more perfect than a sunset in the Bahamas.

So, enough of this very deep and enlightening talk. Let’s get on with the actual writing exercise, which was to take something that most people see as ugly and describe it in a pleasant way.

The challenge is to make sure that you don’t come right out and use words like beautiful, lovely, or pleasant. The purpose of the exercise is to evoke in the reader the sense that the object is these things without telling them straight out. Lead them to make the decision on their own that something looks nice. Don’t tell them what to believe. 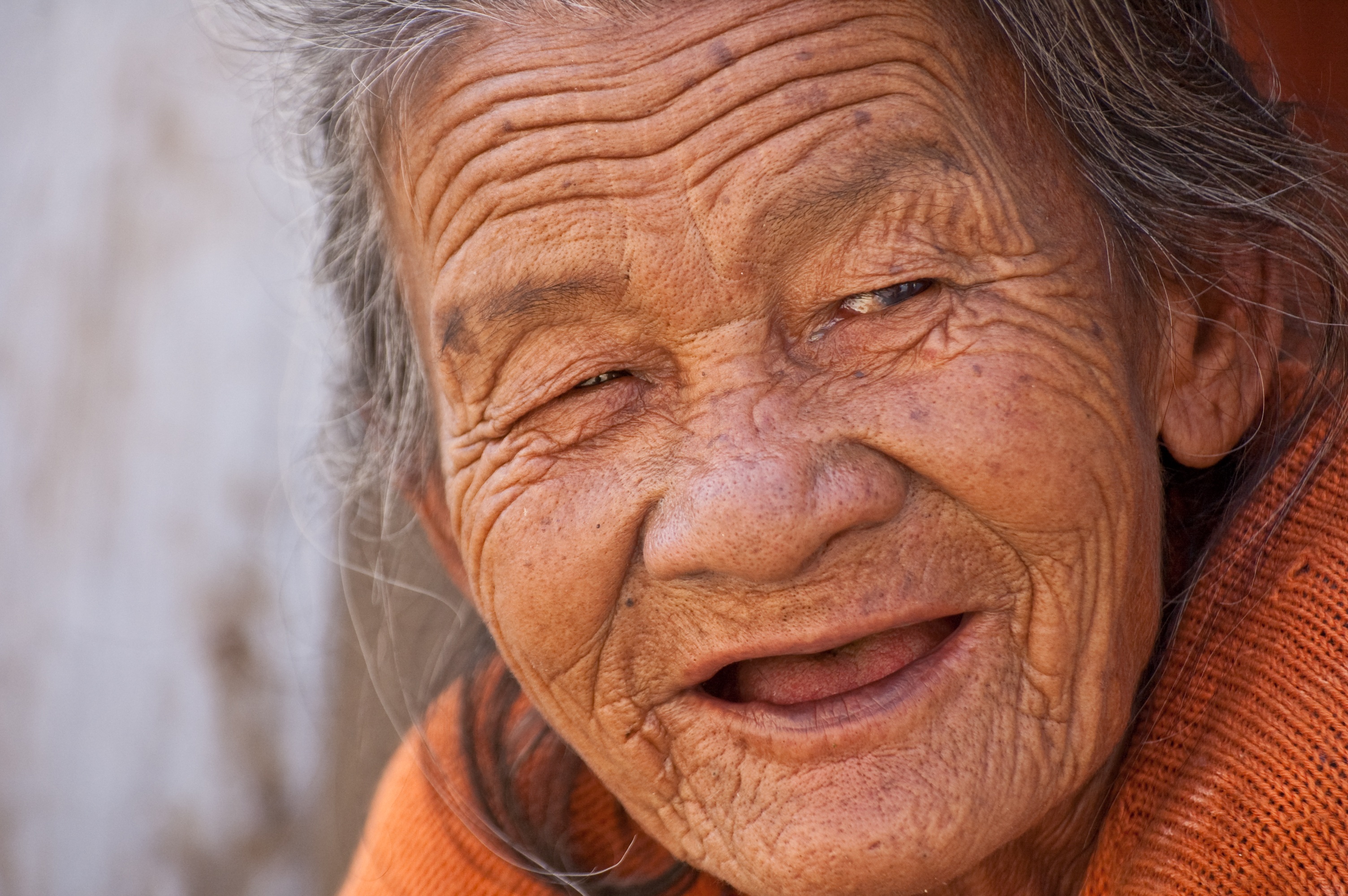 The woman’s face showed every facial expression she’d made over the years. Deep lines across her forehead for all the times she had raised her eyebrows in question to her children’s excuse at how the flower pot was broken or where the last piece of pie had disappeared to. Tiny lines webbing  beneath the corners of her lips from the years after her husband’s death, when they  were too heavy to lift. But the ones that took up most of her face were the ones that decorated her cheeks and trailed from the corners of her eyes. Those lines were etched into her face by every time she smiled at the grandchild in her arms, chuckled at her own joke, laughed at her child’s antics, smirked at her husband’s flirting, and grinned at everyone she met.

The brick wall was a hodgepodge of color. Names, initials, slogans, and curse words alleviated the wall from its usual dullness in candy-apple red, deep ocean blue, jungle green, sunset orange, cotton-candy pink, and Caribbean-wave teal. Some of the words were hastily scrawled in thin lines of spray paint, and some were displayed in bubbled letters painted in a dramatic flourish a billboard would be proud of.

I might have cheated a bit in the first example because I went into how the wrinkles were created and didn’t stick strictly to what they looked like.

Notice in the second example I never came right out and said, “These walls covered in graffiti are beautiful.” I descried the graffiti as alleviating the wall from its usual dullness and compared it to “a dramatic flourish a billboard would be proud of.” I used adjectives to describe the colors in a way that brought beautiful things to the reader’s mind.

Now that you’ve seen me give it a try, find something you usually think of as ugly or disgusting (a dump, a pimple, city slums) and describe it in a way that makes it beautiful.

I’d love to know what you picked. What other reasons do you think this writing exercise is useful? Let me know what you think of this exercise in the comments. (I’d seriously love if someone wrote about a pimple…. You’d get Best Writer of the Year award if you made me think that was attractive. 😀 )

Check out the last writing exercise!

2 thoughts on “Writing Exercise: Take Something Ugly and Make it Beautiful”

My husband and I don't usually read actual books together, but we do listen to audio books at the same time. 😁
I still haven't read the last book in this series. I've read some books since, but I haven't read much this month. As much as I love reading, sometimes I go through stages where I don't feel like reading at all.
What other hobbies do you enjoy besides read/writing?📚
Can a writer write TWO books at once? 🤯
I had about three paragraphs of beautifully written text but I got interrupted and my phone decided to delete it😒 I'm not about to write it again because I promised myself I'd get some serious writing in today. I'm soooo behind in #NaNoWriMo 😬
Today's #InstaWrimo prompt: Favorite snack