So, I logged into wordpress and see that I’ve been nominated for the Liebster award.  Yes!  That’s so exciting! Wait, what does liebster even mean? Liebster sounded a bit like lobster, but since I’m not a five star restaurant, I doubted I was getting a lobster award.

After some extensive research (i.e. google), I discovered that liebster is a German word  that means “favorite” or “beloved.”  Pretty cool right?  It’s an award that says, “this blog is my favorite.”  So for all of you that have received this award and had no idea what it meant, your welcome.  😉

Of course, I never would have had the chance to find this out if Sabri from Books and Bark wouldn’t have nominated me.  Thank you for giving my inner nerd something to do. 🙂

And the rules are…

(1) Post the award on your blog. (2) Thank the blogger who presented this award and link back to their blog. (3) Nominate 5-11 bloggers who you feel deserve this award and who have less than or equal to 3,000 followers. (4) Answer 11 questions posted by the nominator and ask your nominees 11 questions. (5) The person who nominated me posted 11 facts about herself, but this step is optional.  I’m going to do it because, well, why not?

So, here are some random things about me.

Q: If you could’ve written any book in the world, which book would it be? (Ex. Instead of Harry Potter being written by J.K. Rowling, it would’ve been written by you.)

A: There’s this book series called the A.D. Chronicles by Bodie Thoene that is about 11 books long.  That would be awesome to have written. Either that or Lord of the Rings and The Hobbit by J.R.R. Tolkien.

Q: Which Shakespeare play do you most closely identify with? (Or, if you haven’t read Shakespeare, which classic?)

A: Pride and Prejudice by Jane Austen.

Q: Tell us three of your favorite blogs, bookish or not, and why you like them.

Jeyna Grace. She’s doing this really fun thing where people vote at the end of a story segment she posts and decides which character’s point of view will be used in the next post. It’s sort of like playing a chose your own story game but with multiple characters.

Thain in Vain because she gave out a whole year’s worth of writing prompts and  not only posted participant’s stories, but took the time to comment on each story and point out what she liked.  It was a great place to connect with others and get your story out there.

Write on Wendy. I just found this blog probably a week ago, but I’m going to list it as one of my tops for the same reasons as listed above.  The only difference is that people can vote for their favorite story. Which is fun!

Q: Do you think your name/pen name fits you? Why or why not?

I’ve never really thought much about my name.  Megan isn’t anything flashy or exotic.  It’s simple and sweet.  As to whether this makes a good pen name or not, I don’t know.  I like it and that’s all that matters. 🙂

Q: What’s one of your little-known hobbies?

I don’t know whether I do it enough to call it a hobby, but I have a bow and an arrow (yes, arrow singular…somehow the others disappeared) and I occasionally shoot it.

Q: What’s the question you really want me to ask you right now?

If you could step into any book, which one would it be?

Lord of the Rings.  Who wouldn’t want to see Middle Earth for themselves?

Q: What is your favorite subject in school? Why?

I really like Spanish.  It’s fun to learn new words and learn about a different culture.

Umm…it’s about the age of my mom…?

I get a kick out of the whole Iron Man/ Jarvis relationship.  Why not have that in real life?  Besides, who wouldn’t what someone to throw in sarcastic comments every now and then? 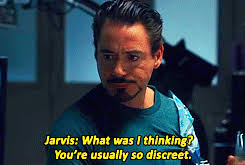 While I love my characters, there is one whose personality is such a blast that she pops off the page.  This spunky detective, L.C. (which stands for Lenora Cate…. Don’t tell her I told you), keeps surprising me with her witty dialog and hilarious choices.

1. If you could be any author (dead or alive) who would it be?

2. What inspired you to start your blog?

3. When you’re not blogging, what fills your time (fun or not)?

4. If you were famous, what would you want to be known for (e.g., musician, actor, author)?

5. Do you prefer standalone books or book series?

7. Do you like writing in complete silence or with music? If you listen to music, what kind?

8. If you could invite any character from a book to your house, who would it be?

9. What was your favorite book as a child?

10.  What is your favorite genre to read and why?

11. If you could step into any fictional world, which one would it be (e.g., Narnia, Middle Earth, Hogwarts)?

I can’t wait to read your answers!

2 thoughts on “Liebster Award! (Wait, what does that mean?)”

Check out my book